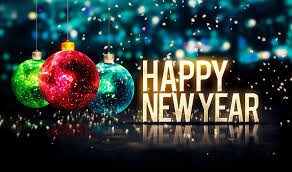 We must thank God for the gift of life to see a new year. 2017 was quite a year, where the best never happened but also the worst never happened. To be fair 2017 was an improvement over 2016 in many respects, even if it is from a psychological point of view. It was a terrible thing to live through a recession,the first in 25 years, but from the 2nd quarter of 2017, Nigeria began the climb out of the black hole. Our exit from recession was propelled largely by the recovery of oil prices in the International market. While the price of crude came down as low as $28 per barrel in 2016, Nigeria's sweet crude was selling for about $60 dollars per barrel at the end of 2017. The second thing that helped our exit was the change of policy direction by the government. It stopped focusing on managing demand of the dollar to managing supply with the associated policy adjustments.

Many Nigerians ended 2017 in some avoidable agony. Those who owned cars slept in filling stations because of acute refined fuel scarcity or bought PMS at inflated prices reaching 250 Naira per litre in many places outside Lagos & Abuja. Those who did not own cars and needed to travel to enjoy the Festive season outside their bases, incurred unbudgeted transportation costs and even those who planned to travel by air faced so many challenges and these left bitter tastes in the mouths of many citizens. In fact , many people had to cancel their trips because of transportation difficulties.  Therefore as we start a new year, I wish to state a few of my wishes for Nigeria and Nigerians in 2018. 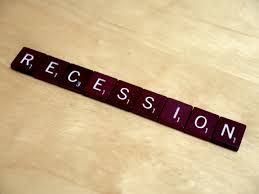 Nigeria got into recession because of two factors - significant drop in the price of crude petroleum and its impact on National income and foreign exchange earnings; and the wrong headed economic policies built on an economy left unattended for over six months. Nobody can perfectly predict the direction of oil prices in 2018. Though oil market watchers and analysts predict a stable and perhaps optimistic view of the oil market, suggesting that oil prices will remain above 50 dollars per barrel, nobody can swear on this. The global oil market remains a volatile one and with rising tensions in the Middle East following the USA's unilateral recognition of Jerusalem as the undivided capital of Israel, prices may move in  favour of Nigeria and the Countries that depend on oil income for economic health. But the reverse can easily happen with over-production from Russia and Iran who are often erratic with their responses. Already many in the developed world are strategically cutting back on the use of fossil fuels thereby forcing down demand, signaling long term price decline for crude oil.

Yes, Nigeria's economy has been diversified regarding sectoral contributions to GDP, but we still are fully dependent on only Crude Petroleum and Gas to provide up to 90% of foreign exchange. The pains of recession are still visible in Nigeria: unemployment plus underemployment is close to 40%, and misery index is close to 68%; that my wish is that nothing be allowed to take us back to recession.

The Federal government must plan with a pessimistic view of the oil prices  and adopt policy measures that will allow capital importation into Nigeria that can offset any drop in forex earning from oil.

In the medium to long term, the government must take more deliberate measures to make other sectors of the economy like Manufacturing, Agriculture, solid minerals, Tourism & hospitality yield foreign exchange. To continue to depend on earnings from crude Petroleum to fund our budget is becoming a very risky gamble. 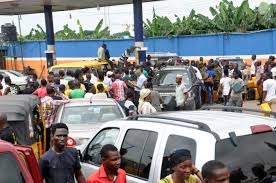 I am often shocked that our leaders seem not to feel any shame, when terrible and despicable things continue to happen in Nigeria. For years now, Nigeria, the 6th largest OPEC oil producer, and the largest oil exporter in Africa, has failed to meet the domestic demand for refined products on a continuous  basis. Every once in a while Nigerian citizens are dehumanized and put through unnecessary sufferings and exploitation just because the "giant of Africa" can neither refine enough, nor import enough of refined petroleum products especially PMS to meet local demand. Every regime that comes to power insults the intelligence of Nigerians with cock'n'bull stories of Turn Around Maintenance (TAM) that only turns around the pockets of phantom contractors and the contractees.
We had asked the Government to fully deregulate the down stream oil sector and to privatize the epileptic national oil refineries in PH, Warri & Kaduna. President Obasanjo bit the nail and tried to privatize the dilapidated oil refineries. President Yar'adua acting on uninformed advice reversed the sales made and refunded money paid with interest!  Again, President Jonathan took the progressive step to deregulate the down stream in early 2012. A so called progressive party led a revolt to abort the progressive policy! Now this progressive party has been in power for nearly three years and they have shown a painful lack of proper economic focus that will relieve Nigerians from this perennial rites of hardship and exploitation. This government is taking credit for the ambitious Dangote refinery and pining  its hope on solving this disconcerting problem on this private initiative. The same Dangote they refused to sell the money-sucking refineries to,is the same one all top officials of government are visiting every day and holding prayer vigils that the refinery comes on stream in 2019 to solve a problem that can be solved this week, if only they can adopt the right policy. Last week the GMD of NNPC felt no shame in finally admitting that the government is now subsidizing the cost of PMS.I truly wish that Nigerians will never again go through the experience they went through in the last six weeks or so. 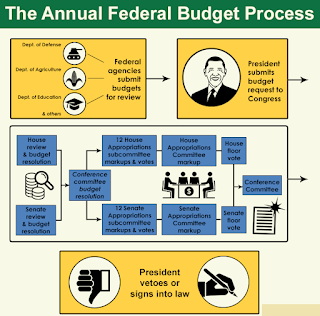 I believe that many Nigerians have lost faith in our national budget process. Many see it as a circus that yields little benefit to the citizens. Budget that is expected to run from January to December, never gets approved early because the draft is submitted late and when eventually approved perhaps at mid year is never funded in a timely manner. Year on year, capital budget performance remain below 50% and projects remain uncompleted as we stumble into other projects, wasting national resources in the most inefficient manner. I just wish this will change in 2018 and that we shall have a full year budget that will be fully funded as at when due with results to show - motor-able roads, improved electricity, skill-based education, effective health-care system and National security system that protects citizens lives and property, etc. 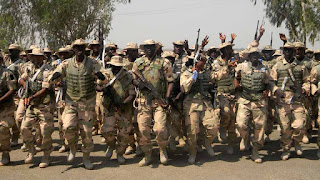 Nigeria has shed the blood of innocent Nigerians too much. From the days of military coups, the Pogrom that preceded the civil war and the 1967-1970 civil war and several religious and ethnic clashes and uprisings since them. Innocent Nigerians are daily killed by armed robbers, run-away drivers, kidnappers and cultists, often with ease. Boko Haram continues to kill the innocent almost daily in the North East. Let it be known that the shed blood of the innocent cry for Justice daily in this land!  What is worse is when the government which is set to protect, now partakes in unjustly killing its citizens just because they were exercising their fundamental human rights of peaceful protest. It got so bad that the Nigerian government had to unleash venomous pythons and carnivorous crocodiles on its innocent youth. May God forgive them. My wish is that this never happens again in 2018, nor ever!

It is a shame that a Nation with a predominantly youth population is ruled by geriatrics. Some of these geriatrics ruled Nigeria in their 30s and still want to remain in elected political offices in their 80s. That is not fair to the Nation. I strongly believe that when people reach the age of 75 years, they should retire from active political competition and leadership. They could play more advisory roles and allow the younger elements run the political parties and hold other elective offices. The advantages are too many for me to begin to mention here and this is the trend in the World except of course in Africa where 90 year old who wear pampers still want to remain in power. May God save Africa,starting with Nigeria!

So my wish for Nigeria in 2018 as we get set for the General Elections is that the very aged should make way for the younger elements who are more enlightened and more vibrant.