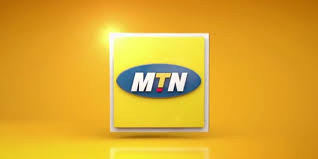 The giant telecommunication company MTN has been in the news lately. Of course it is good for a corporate organization to be in the news, but it must be for good reasons. A few days ago, MTN was on National news for illegal money transfer. The CBN accused MTN of transferring foreign exchange illegally out of the Country and asked it to refund the sum of 8.1  billion dollars it allegedly transferred. When I first heard this news of illegal transfer, I shuddered. How did this happen? Was it possible that they bought this huge sum of forex from the Mallam or the unlicensed Bureau De Change? Later I heard the CBN sanctioning some banks for aiding MTN to transfer the money illegally. Then my worry got worse. 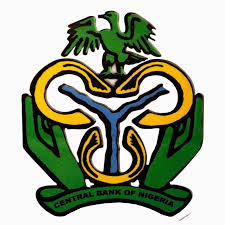 How come that banks which are licensed to deal in Foreign Exchange are being accused of aiding illegal transfer? Is this a case of illegal transfer of money or a case of the transfer of illegal money? I think that one of these or both of them sound like criminal offence. And if so, does CBN have the power to accuse, prosecute and exact punishment? One has always had this impression that foreign exchange transfers go through a process of authorization. It Looks like that the banks penalized by CBN to pay fines of 5.87 Billion Naira - Standard Chartered, Stanbic-IBTC, Citibank, and Diamond did not obtain appropriate authorizations from CBN before the transfers were made. Is it possible that these four  otherwise respectable banks would deliberately act against the norm or against the law? And these alleged infractions occurred between 2007-2015. How come it took this long to find out, whereas Banks make monthly returns to CBN? Troubling questions.
While we were still trying to figure out answers to these bewildering posers, another bad news concerning MTN broke out last week. The office of the Attorney-General of the Federation charged MTN with failing to pay appropriate taxes, duties and levies. They were asked to pay tax arrears worth $2 billion. Again I shuddered. MTN again? What is going on here? Tax evasion over 10 years? Where is the FIRS in all this? When did this tax dispute start? and how come it is blowing out in the public a few days after the illegal money transfer charge? Is this a mere coincidence or is it a fatal corporate governance failure in MTN or is there a plot to demonize and destroy MTN in Nigeria? Or indeed is it a combination of all of the above? 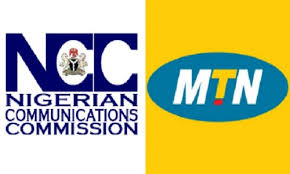 I recollect that in 2015/2016, MTN almost went into liquidation when the Nigerian Communication Commission (NCC) imposed fines of $5.2 billion (N1.04T) for failing to comply with the directive to deactivate telephone numbers sold to customers without registering the customers (unregistered or pre-registered SIM cards). The company's income, stock prices, shareholders's funds and corporate image took terrible hits then. And now similar or worse damages may happen. Why is MTN subjecting or allowing itself to be subjected to this kind of ordeal? I can never tell and I have a sneaky feeling that there is more to all these than what the headlines suggest. Is there a political or diplomatic angle to these? Your guess is as good as mine.

But whatever may be the undertones or ulterior motives in these brawls, one thing is certain, MTN has some culpability. I have often worried about MTN and the way it carried on with its business since it came into this country with a bang. True MTN takes a big portion of the bragging rights for liberating Nigeria from the tyranny of NITEL and ushering Nigerians to the telecommunications age. Along with its competitors it has created jobs for several young Nigerians including service suppliers and recharge card sellers. But MTN's dealing with its trade partners or distributors has continued to baffle me. For long ,it looked like they never wanted any trade partner or distributor to succeed. They were often erratic in the way they changed trade policies and terms. It was as if they got irritated if they saw their distributors make profit! There was hardly any negotiations and their policies were often "take or leave it". In the process they have driven many distributors out of business, many with bitterness in their hearts. Less than 5% of the distributors who started with them in 2001 are still trading with them today.  Those who currently run the MTN business connect franchises are barely able to scratch out any margins as MTN gives them impossible targets and terms with little headroom.
I presume that part of the problems of MTN is poor corporate governance. Any business that behaves as if it wants to maximize profit, without keeping a damn on what is happening to other stakeholders - suppliers, distributors, employees, customers, regulators, etc, is essentially courting trouble. Recently, MTN and some of their competitors were picketed by labour leaders for their unfriendly labour policies. I feel extremely sad when MTN and companies like them, such as Banks make humongous profits, and yet are so wicked that they hire University graduates as ad-hoc staff or temporary staff (often through third parties), drive them so hard with neck-breaking schedules or targets and then pay them twenty five thousand Naira (N 25,000)as monthly stipend. Therefore when such companies run into the kind of problems that MTN and some of the banks seem to repeatedly run into, you wonder if it is nemesis that is catching up. May be not, but the failure of corporate governance is evident.
Nevertheless I will end up by appealing to our regulatory agencies to take it easy with investors and such foreign owned companies like MTN, especially when the punishment for infractions look out of proportion to the infraction. Investors generally have herd mentality and when they feel persecuted as the MTN matter looks, they first become hesitant, and when the negative pressure is sustained, they flee. With our precarious economic growth status and the unrelenting unemployment, we must err on the side of caution. Such issues as tax dispute need not be held in the public glare. I will also advice MTN to improve its corporate governance practices. Corporate Social responsibility is good but it can not replace good corporate governance nor can it sufficiently compensate for poor corporate governance. Luckily there is a corporate governance conference organized by the Association of Corporate governance professionals of Nigeria (ACGPN) going on this week in Abuja. I fully recommend that MTN and other corporate organizations attend this conference and begin to internalize and practice good corporate governance principles as a hedge to these recurring corporate embarrassments.