Showing posts from August, 2018
Show All

WHY NIGERIA'S ECONOMIC RECOVERY IS SLOWING DOWN

- August 31, 2018
Ordinarily there should be so much going for Nigeria's economy. Production of crude oil at about 2 million barrels per day at a good price of about 70 dollars per barrel is yielding good foreign exchange for the Nation, helping to boost foreign reserves which today stand at about 47.25 Billion dollars. Inflation has continued to decline steadily over several months coming to the current level of 11.4% as the CBN and its MPC retain monetary policy index at a tight stance. Also some great effort is being made at the economic management level to pursue the Nigeria Economic Recovery and Growth  plan( NERGP). Additionally, some improved liquidity has been noticed in terms of funding Nigeria's infrastructure projects, combining oil revenue,tax heist with a large dose of debt from sundry sources. Though the trickle down effect of the budgetary expenditure and policy choices are yet to appropriately reflect on the quality of lives of most Nigerians or on the overall Human development
Post a Comment
Read more

IS THERE A COMMON DESTINY BETWEEN BUHARI & TRUMP? 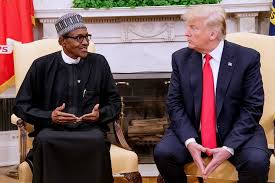 I have been in the United States of America attending family events and attempting a vacation. Before I left Nigeria, I was really downcast with the turn of events in Country, especially the show of shame happening in the political circles: rumours of planned decamping, mass decamping and some des-camping; threats of impeachment and attempted impeachments in the midst of worsening insecurity and growing poverty. Nigerian politicians seem to be taking the people for a ride. For me the political environment in the Country was unpleasant especially the high display of impunity and rascality displayed by the security agencies and naturally many people were blaming President Muhammadu Buhari (PMB) and his ruling APC Party for fouling the environment.     However, when I arrived the USA and turned on the TV and listened to what people were saying about President Donald Trump (PDT), I realized that the social and political environment in the USA was also agitated and for some very un
Post a Comment
Read more

ALL IS NOT WELL WITH NIGERIA 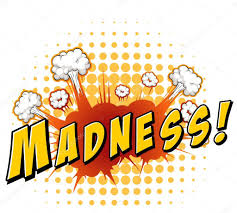 Those who are familiar with how madness begins to manifest in a person, will tell you that no man becomes mad in just one day. Madness follows a sequence. Of course psychiatrists and those who work in the mental health area can easily notice when a patient goes through the stages or sequence. But for the ordinary folks like us, we also some times notice this sequence  more so when the subject is closely related to us. Signs of mental illness may start with the subject being unusually moody which could represent depression or in some cases the subject may become unusually aggressive and hyperactive called hyperactive disorder.    If the subject is subjected to treatment at these early stages, psychiatrists tell us, the mental health can be corrected but if not, the situation could deteriorate. Soon the subject begins to neglect his personal hygiene and then may begin to speak incoherently similar to what is called psychotic disorder. I am told that even at this stage the situatio
1 comment
Read more

MASS DEFECTIONS: CAN PDP RISE TO THE BALL? 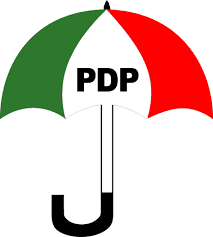 So very often, we pray for something. And sometimes when the payer is answered, a new problem emerges, that of managing the outcome. The problem is some times exaggerated when God decides to 'embarrass' you and give you more than you asked for or were expecting. There was this story of an Okada driver who had been praying for a child for seven years and eventually his wife became pregnant. Through out the pregnancy he was full of joy, but could not afford to pay for a scan for his wife and so had no idea what was on the way.Because the wife's stomach was very big, he suspected she could be expecting a twin. However on the day his wife was delivered, he was shocked to welcome six tiny children with their tiny fingers in their mouths gaping at him.     He went through contradictory emotional swings. First, he was happy that God had answered his prayers. Then he looked at the tiny girls with their tiny fingers in their mouths and the man burst into tears and before
Post a Comment
Read more
More posts